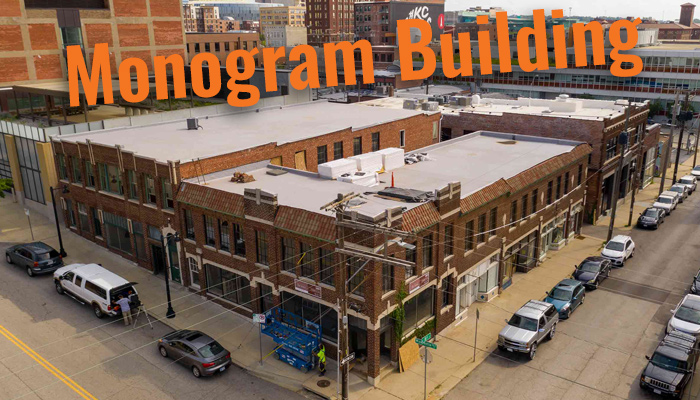 The Monogram building was originally constructed in 1925 as a film distribution and storage warehouse. This building is located at 18th and Wyandotte in the heart of the Crossroads Arts District. The Monogram is located in the middle of what was once “Film Row,” between 17th and 19th Streets. This area was home to Hollywood’s largest studios and housed their distribution centers. From the 1920s to the 1960s, MGM, Warner Brothers, Paramount, Universal, Disney, United Artists and more all had locations in the Crossroads.

The Monogram is the building on the right near the corner.

Sight Realty is renovating the 20,000 SF building into a retail shell space with a boutique hotel overlooking 18th Street. One retail tenant is remaining open for business during the construction and that has added a layer of complexity. Haren carpenters are currently framing walls in the hotel portion of the project, while the structural demo is taking place in other parts of the building to make room for a code-compliant egress stair. New electrical service, domestic water, and sanitary lines are being installed.

To best maintain the historic quality of the building Haren is restoring many of the original elements of the building. The steel fire doors to the film storage lockers and the wood joist and subfloor have been media blasted as part of the restoration. Masonry surfaces on the interior of the building will be cleaned and kept exposed. Haren carpenters have also begun re-installing salvaged doors and transoms that will function inside the hotel portion of the project. 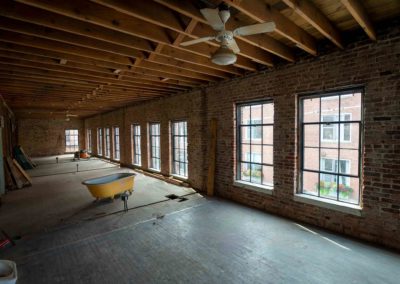 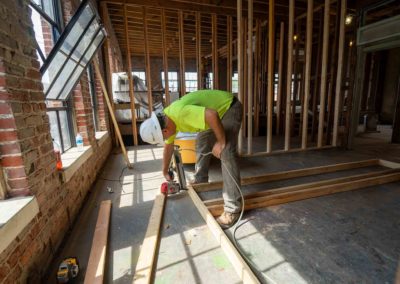 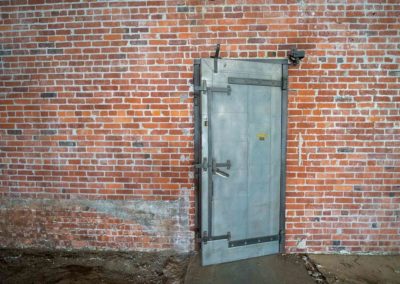 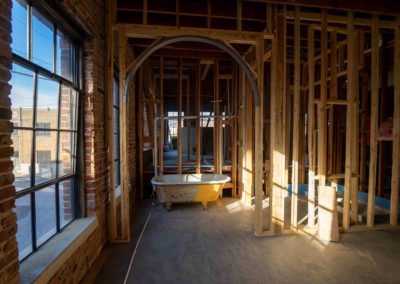 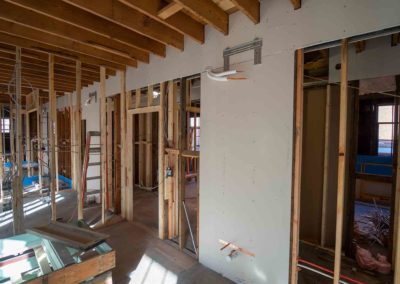